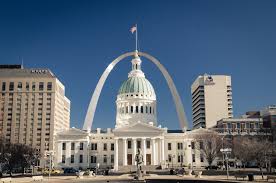 For an e-commerce giant, Amazon has sprawling roots in commercial real estate, with its massive warehouses, Whole Foods footprint and splashy cashierless and 4-Star stores.

Now, Amazon (AMZN) is making its foray into residential real estate. Last week, the Alexa Fund, which invests in companies harnessing voice technology, participated in a $6.7 million round of funding to back Plant Prefab, a Southern California-based smart home builder.

There’s an obvious synergy between the future of home building and Amazon’s vision for the world. The behemoth just announced a whole suite of new Alexa-enabled devices, ranging from a microwave to smart plugs. And the Alexa Fund acquired video home security device Ring for $1 billion earlier this year. Given Amazon has 62% of the voice assistant market and most of Alexa usage happens inside the home — whether cooking, listening to music or the news, the e-commerce giant is looking to get involved in the first steps of real estate development.

Home builders are slowly keying into the need to innovate the processes and ways in which the next generation of home buyers want to live. The country’s largest home builder Lennar (LEN) announced in March that all new homes will include Alexa-enabled lights, smart locks, doorbells and thermostats.

Disrupting the housing market
Amazon has already dipped a toe into the real estate referral business. Last summer, a “Hire a Realtor” page appeared on the site, which rattled Zillow’s (Z) stock, as referrals is the site’s core product offering. While the placeholder page has since been taken down, it’s undeniable that Amazon is scheming multiple angles to target the potential homebuyer.

At Yahoo Finance’s All Markets Summit last month, Zillow CEO Spencer Rascoff noted how Amazon was likely to disrupt the real estate industry — and that it’s just a matter of time.

“Eventually, yes [I’ll worry about Amazon]. I will observe that it’s one of the largest parts of the economy. It’s 15% of GDP that they’re not participating in. Historically, it’s had a lot of complexity and hasn’t been something they’ve wanted to do,” he said.

“But I just read last week that they’re going to sell Christmas trees. If you are the Christmas tree lot operator, you probably thought you were safe and this was the last part of commerce that Amazon would never touch, but now all of a sudden you’re probably going to have a pretty tough season this year,” he added.

The overall trend of home buying turning more and more digital certainly works in Amazon’s favor as well. Eventually, the entire process from searching for to closing on the purchase of a home will happen online. According to Bank of America’s Homebuyer Insights survey, Americans would be more comfortable applying for a mortgage digitally (32%) than dating online (20%).

And other big players beyond Amazon are recognizing the opportunity to meet customer needs.

As digital-native millennials and eventually Gen-Zers form families and look to settle down they’ll want their abode to offer a convenient, effortless experience. SoftBank recently announced a $400 million investment into San Francisco-based OpenDoor, which buys and sells homes online across 19 different markets in the U.S.

It’s no surprise that one of Amazon’s next frontiers is residential real estate, especially considering a home is the costliest big-ticket item Americans will purchase in their lifetime.

Melody Hahm is a senior writer at Yahoo Finance, covering entrepreneurship, technology and real estate. Follow her on Twitter @melodyhahm.