IS SAINT LOUIS THE HOTTEST REAL ESTATE MARKET FOR 2019? 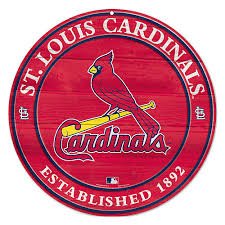 Is Saint Louis The Hottest Real Estate Market For Investors In 2019?
October 4th, 2018 by Marco Santarelli
St. Louis Real Estate Market Overview
St. Louis is most famous for the Gateway Arch built in the 1960s. Alternately looked down on as a Rust Belt city and part of flyover country, it doesn’t generate much attention except when its crime rate or other problems hit the news. However, the St. Louis real estate market holds significant potential. Let’s look at the top reasons to come back to the St. Louis real estate market as an investor in 2019. The St. Louis housing market isn’t limited to the roughly 300,000 people who live in St. Louis, making this the second largest city in Missouri. Instead, the Saint Louis housing market includes almost three million people. That makes St. Louis the 20th largest metro area in the United States.

St. Louis Real Estate Market Trends 2018
St. Louis real estate market trends show a 0% week-over-week rise in average listing price and a -1% drop in median rent per month. Trulia has 4,790 resale and new homes in Saint Louis lined up for you, including open houses, and homes in the pre-foreclosure, auction, or bank-owned stages of the foreclosure process. While St. Louis real estate market remains more affordable than in many other metro areas, low inventory and strong demand are putting upward pressure on prices.

10 Highest Appreciating St. Louis Neighborhoods Since 2000: From NeighborhoodScout’s Data
S Vandeventer Ave / Mcree Ave
St Louis College of Pharmacy / S Vandeventer Ave
Tower Grove
Dr Martin Luther King Dr / N Garrison Ave
Harris-Stowe State U / Market St
Washington Ave / N Compton Ave
City Center
S 39th St / Lafayette Ave
Market St / Saint Louis Union Station
N Grand Blvd / Cass Ave
10 Best Neighborhoods To Live in St. Louis: From Movoto.com
Peabody-Darst-Webbe
Soulard
The Hill
Central West End
North Hampton
Ellendale
Lindenwood Park
Skinker-Debaliviere
Lafayette Square
Saint Louis Hills
Saint Louis Foreclosures Statistics 2018
Foreclosures will be a factor impacting home values in the next several years. In Saint Louis 5.6 homes are foreclosed (per 10,000). This is greater than the national value of 1.6. The percent of delinquent mortgages in Saint Louis is 2.2%, which is higher than the national value of 1.6%. With U.S. home values having fallen by more than 20% nationally from their peak in 2007 until their trough in late 2011, many homeowners are now underwater on their mortgages, meaning they owe more than their home is worth. The percent of Saint Louis homeowners underwater on their mortgage is 15.9%, which is higher than St. Louis Metro at 12.4%.

On RealtyTrac, there are currently 1,710 properties in Saint Louis, MO that are in some stage of foreclosure (default, auction or bank owned) while the number of homes listed for sale on RealtyTrac is 3,777. In August, the number of properties that received a foreclosure filing in Saint Louis, MO was 17% higher than the previous month and 110% higher than the same time last year. Home sales for July 2018 were down 3% compared with the previous month, and up 81% compared with a year ago. The median sales price of a non-distressed home was $116,400. The median sales price of a foreclosure home was $0, or 0% higher than non-distressed home sales.

1. Its Overall Affordability for Investors
The St. Louis real estate market has one other thing going for it: affordability. Taking into consideration both the average household income and the cost of homes in the area, St. Louis continues to be one of the most affordable markets in the country. The median home price in St. Louis is roughly $150,000, though some sources say $160,000. A general trend is a price of $105 to $120 per square foot. You can find many single family homes for sale for less than $100,000; this market is notable for the sheer number of two bedroom homes that attract empty-nesters, single parents and small families. If you take the metro area into account, the median home value is around $250,000.

2. The Affordable Upscale Market
Affordable and upscale are relative terms. Some of the most desirable real estate markets in St. Louis are surprisingly affordable to outside investors. The median price of homes in the “expensive” 63103 zip code is barely under half a million dollars. The tony 63105 zip code hovers around the half million mark, too. You have to move far out to suburban zip codes like 63124 to find median listings past the $700,000 mark. Note that this is cheaper than a cheap condo in hot California or New York markets. You could buy two luxury homes in the St. Louis housing market for less than one in hot coastal markets.

3. The True Bargains Are Abundant
The large number of vacant homes in the St. Louis real estate market, estimated at 20%, presents an excellent opportunity for those who want to buy, rehab and rent out properties. When you factor in the suburbs, the vacancy rate is still around 6%. St. Louis also has a larger than average number of distressed and underwater homes. In the U.S., roughly 1.5% of mortgages are delinquent. In St. Louis, the rate is 2.2%. Around 10% of homes have negative equity, while that rate exceeds 15% in St. Louis. You’ll be able to find vacant homes, distressed sellers and foreclosures at bargain basement prices here that you can renovate and rent out or sell throughout the St. Louis real estate market.

4. The Market’s Price Stability
The St. Louis real estate market has seen strong appreciation over the past three years, finally bringing them out of the low prices they’ve suffered through the Great Recession that really only ended two years ago. In fact, St. Louis properties appreciated on average 26% over the past three years. Yet the market isn’t “hot”. Instead, it is considered balanced, favoring neither buyers or sellers. This suggests that those who buy in this relatively cheap market could enjoy reasonable price increases over time without worrying if they’re buying before a bubble bursts or if their investment will go down in value.

5. The Massive Renter’s Market
Around a third of the U.S. population rents. In the downtown St. Louis real estate market, nearly 60% of residents rent, and the rate is around a fifth when you include those in the suburbs. This is a huge rental market that you can take advantage of. Unlike college towns, your ability to find renters doesn’t depend on the popularity of the local college, nor will the value of the property depend on proximity to a particular school.

6. It Is Relatively Landlord Friendly
Missouri is more landlord friendly than other states in the area, notably Illinois. For example, it is much easier to evict someone who doesn’t pay their rent than surrounding states. In Missouri, you can file to evict if they’re just a few days late with the rent. There are protections for tenants, especially regarding security deposits. All of this is aside from the fact that the St. Louis real estate market has far more multifamily housing stock than other Midwestern markets.

7. The Strong ROI
Depending on the source, median rents range from $900-1000 a month in St. Louis and $1100 a month in the surrounding suburbs. Imagine buying a rental property for $50,000 and renting it out for $500-$1000 a month. You can rent out a studio apartment for $500 a month and a two bedroom for $800. The rare four bedroom apartment or house commands more than $1200 a month.
It is hard to beat that ROI without risking your money buying liens and hoping you can secure a property. Because of the city’s age, you can find many older apartment buildings and apartment complexes at a reasonable price and rent them out at a decent rate.

8. The Student Market
College towns have a large proportion of renters, but you’re fighting with other investors to find properties to rent out to students. St. Louis’ student market is fairly scattered due to the sheer number of universities. Yet it is large enough to present an opportunity for those who want to rent to students. Traditional universities in and around St. Louis include Blackburn College, Greenville University, Missouri Baptist University, St. Louis University, University of Missouri – St. Louis campus, Washington University in St. Louis and the Southern Illinois University Edwardsville campus. On top of this are various technical schools, seminaries, Bible colleges and junior colleges.

9. The Known Redevelopment Opportunities in St. Louis
One of the benefits of master-planned redevelopment is that you know where real estate prices are going to go up due to renewed interest. The Garment District is slated for redevelopment, replacing the empty industrial buildings with homes and workspaces for creative types and new technology companies. The “New Northside” project wants to redevelop the entire north side of St. Louis. That project includes 1500 acres that borders downtown St. Louis. Chippewa Park in south St. Louis is also targeted for redevelopment, too. That renovation includes apartment homes and industrial space.

Another housing market in Texas to go for diversifying your investments is the Austin housing market. The Austin housing market may be one of the more expensive ones in the state of Texas, but it stands out for its large rental market and high rental rates. It is an excellent place to invest in real estate in the Lone Star State. Homes in Austin are 23% cheaper than the national average. It may be the second most expensive housing market in the state with a median home price of around $350,000, but it is still far cheaper than California or New York. Buy up condos or townhomes, and you’ll be able to see a sizable return on the investment.