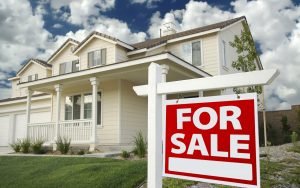 Take a step back from whatever housing data you normally look at. We’ll begin big picture with how many housing units are needed to accommodate changes in the United States. By housing units, I’m including single family dwellings, apartments and condos, as well as mobile homes. This is the key to a housing forecast, after which it makes sense to think about construction by different types, home prices and rental vacancy rates. We’ll keep this analysis at the national level; you can use the same logic to look at your own state or metropolitan area.

Drivers of demand growth are population, changes in household size, and pent-up demand. Population growth is the biggest factor, so let’s start there. The surprising news is how soft population growth has been in recent years. Last year’s increase of 0.7 percent was the lowest percentage gain since 1937. For the 20 years prior to the last recession, growth averaged 1.2 percent. That may seem close to 0.7, but most housing is built for new demand, not as replacement. At 0.7 percent growth, new demand is just 58 percent of what it would be at 1.2 percent population growth. That tells us that we need to forget old averages, like housing starts of 1.5 million units a year. Let’s assume that next year is like last year. Population will grow by about 2.278 million people.

The ability to live on one’s own, whether that means moving out from parents or from an ex-spouse, ties to employment and wage rates. As we noted in our article on the consumer spending forecast, job growth has been moderately slow, and wage inflation has not accelerated. I expect wage rates to improve next year, but not soon enough to change the trend in household size. So new demand for housing units will be (under these assumptions) 1.183 million units. For comparison purposes, so far this year we are on pace to build 1.287 million single family houses, apartment and condo units, and manufactured homes. Looks like we’re building too much, at least nationwide.

Will pent-up demand take up some of these homes? I look at how many vacant housing units there are. Some vacancy is normal and even good. For non-rental housing (mostly single family homes, but also some condos), average vacancy is 1.4 percent. In the recession, vacancy hit 2.9 percent, but most recently was down to 1.5 percent. So supply is not tighter than normal despite talk of another housing bubble.

On the rental side (mostly apartments but some single family homes included), average is 7.0 percent but we are now at 7.3 percent (down from 11.1 percent in the recession). The underlying data are not terribly precise, but we’re certainly in the ballpark of normal vacancy. This looks to me like we do not have too much or too little inventory relative to demand. (Note that some real estate analysts use the word “inventory” to describe the number of houses listed for sale with real estate agents. That is not at all a measure of inventory or supply.)

A few points makes the analysis a little more difficult. These are national data. While people are mobile, most housing is not. An excess of houses in Detroit or Cleveland cannot help people moving to Utah or Florida. We also don’t count demolitions or houses left permanently vacant very well, nor do we have a solid handle on vacation homes.

Nonetheless, I’m comfortable saying that we don’t need an increase in home construction, and would be just fine with a five percent reduction in housing starts next year and in 2019, which is my forecast.

Given that both owned and rental vacancy rates are about normal, do we need to change the mix of single family and multifamily construction? For most of the 1990s and 2000s about 80 percent of new construction were single family units; that figure is down to around 65 percent now. With millennials entering their child-rearing ages, we should see greater demand for suburban houses and less demand for urban apartments and condos, as I argued in my Multi-Family Real Estate Forecast: 2014-2020.

As for home pricing, if we’re currently building more houses than we need, then prices don’t need to firm up. I expect long-term interest rates to rise a little, which won’t help prices. Although there’s not much reason to expect a collapse, the recent six percent nationwide price increase seems a bit much given the demographics. I would think that three percent would be more realistic.

This national picture may not apply to your neighborhood at all. Real estate is local, so look at your community. Begin with population data. (Household data are harder to find at the local level.) Understand your own community by looking at historic data on housing units permitted per 100 new residents. Don’t be too swayed by local gossip. Instead, begin with demographics.