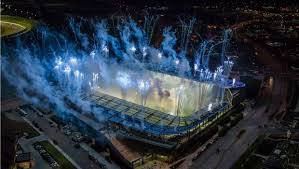 THIS IS WHY INVESTORS SHOULD INVEST IN REAL ESTATE IN KANSAS CITY
POSTED ON OCTOBER 30, 2018 BY MARK
Kansas City Real Estate

Kansas City is the largest city in the U.S. state of Missouri, famous for its distinct barbeque cuisine and jazz heritage. Also nicknamed the City of Fountains, the Kansas City is now emerging as a growing market for real estate investments. Overall, the city sees a 1% weekly rise in average listing price. Also, the median rent in the Kansas City Real Estate Market is increasing at the rate of 5% per month. The Kansas City housing market is strong and stable, and in many ways the envy of housing pundits on both coasts. Home sales were up about 7 percent and prices were up about 6 percent throughout the region in the previous year.

In 2017, a WalletHub survey for real estate market growth in United States listed the “Kansas City Real Estate Market” at number 18 out of 300 of the fastest growing cities in the US. The city has seen an average rise of 7.5% in its real estate Median Sales Price in the year 2017. The average number of days a home is on the market in the Kansas City market about 15 days.

Currently, Zillow has 3135 homes for sale and 2690 homes for rent in Kansas City Real Estate Market.

In the metropolitan area, the population is estimated at 2.1 million with the median household income of $57,000. The unemployment rate is 4.4%, while the average home price is $86,000. Median rent is $993, with an estimated $667 monthly cash flow. It’s no wonder that the Kansas City real estate market is a great place to invest.

Kansas City is the largest city in Missouri and is the sixth largest in the Midwest. It hosts the Kansas City Chiefs as well as the Kansas City Royals. It’s home to some of the Best Ribs in America. The city has over 200 water fountains, making it only second to Rome, Italy, hence the nickname “City of Fountains.” It is also important to remember that only Paris, France has more Boulevards.

Kansas City has seen a continuous rise in employment prospects over the last 2 years, a trend that directly impacts the Kansas City real estate market. From 2017 to 2018, the city registered a remarkable 1.9% in terms of overall employment.

This could b further broken down to 3.8% in professional and business services, 3% in terms of government-sponsored employment opportunities and 1.9% in the trading, transport and utilities sectors.

Constant Real Estate Friendly Renovation Projects
Kansas City has started to do some major revitalization downtown. More than $6 million has been spent giving the downtown area a facelift and new makeover, including, apartments, offices, condominiums.

These facelifts have also been done both indoor and outdoor malls, restaurants and places for concerts, plays and other forms of entertainment.

Kansas City Real Estate – Trends and Statistics in 2018
Three bedroom homes were listed around $141,000 in January 2017, making it lower than the national average by 25%. RWN Development-Group, LLC members’ neighborhoods were less than $86,000 median price in January 2017.

All these serve towards making Kansas City properties attractively affordable and appealing to investors who are looking for gains in cash flow. In the same month, the rent on a three bedroom was $1,224, making it 0.87% of the cost of buying a house listed at $141,000.

Kansas City is a great attraction for tourists, especially art-lovers. Housed by several museums and art destinations, the city is famous for its Jazz Museum as well as the Nelson-Atkins Museum of Art that boast over 40,000 works of art, vintage antiques and contemporary works. The influx of tourists into the city has a direct relationship with the growth of the city’s real estate market.

The Growth in Kansas City

The national average of growth in cities is 4.45%. In Kansas City, in 2010, it was higher than 4.5%. It’s growing with the national rate and is expected to grow even faster in the next few years.

The city is surrounded by neighborhoods like River Market District as well as the 18th & Vine District and the Country Club Plaza on its north, east & south sides respectively. These vicinities, in combination with the city’s vibrant real estate market, comprise of all amenities residents and non-residents alike can take advantage of and put their investments in.

Some of the best neighborhoods of Kansas City are as follows:

The Johnson County of Kansas City: It is high on the list of home buyers as an ideal place to raise a family. It has highly accredited school districts within the county, which include Shawnee Mission, Gardner Edgerton, Spring Hill, Blue Valley, Olathe and De Soto. Most subdivisions see steady property valuation increases year after year.
The Prairie Village, Kansas City: It is another good neighborhood with low crime rates, mature trees, plenty of quiet neighborhood parks and accessible community pools.
Leawood, Kansas City: It is a low crime rate area and it’s safer than 79 percent of U.S. cities. The residents have a median household income of $133,702, so they are quite well off. The region is home to the biggest Methodist church in the nation – United Methodist Church of the Resurrection.
Lenexa, Kansas City: This neighborhood has the median listing price of $394,000. Fifty-four percent report some school education, contrasted with the national average of 22 percent for all cities and towns.
Favorable Weather
The weather in Kansas City is beautiful, and usually clear and sunny. You can almost always count on the 4th of July to be a great day to BBQ and shoot off fireworks and watch your neighbors shoot theirs, creating a competition. We’ve witnessed the fireworks while being laid over in nearby Independence, Mo.

The neighborhood fireworks shows have always been as big as the city’s, only they last half the night. During the shows, everyone in the neighborhood waters the top of their houses for a week straight to avoid catching fire. Where else in America can you find that? Even better, the people are friendly and the weather is inviting. There are nearby lakes for boating, fishing, swimming, and camping. The weather is almost always enjoyable. They get most of their rain in the spring of April and summer month of June.

The city is known for its distinct barbeque cuisine and uniquely crafted breweries, which makes it a preferred destination for foodies. The ancient heritage of Jazz music makes it suitable for immigrants who are passionate about music.

The city lies on the shores of Missouri & Kansas River with a landscape full of fountains. The overall ambience and accommodating culture is sure to attract more and more residents into the city, which will prove to be a boon for investments in Kansas City Real Estate Market.

A basic lunch around the business district is around $12, unless you go to a fast food restaurant and order a combo meal, then you’re looking at $7. Milk is around $3.50 a gallon, a 2 lt. A bottle of Coca- Cola is $1.82. These prices are about the same as the national average at –1%. Housing is at 8% below. Kansas City is 15% below Oklahoma and 8% below Indiana. In fact, New York City is 129% above compared to Kansas City, while 14% below Miami, Fl and 23% below Chicago.

Should You Invest In Kansas City Real Estate: The Verdict

In closing, the Kansas City real estate market is expected to see an incredible amount of growth in 2018 with a year over year growth of 6.16% in the median household income. Low median sales prices, which in return, drives a solid rent is another reason to look into the Kansas City housing market.

Add to that the weather, the many activities at your disposal and the famous “Kansas City BBQ.” There isn’t much left to desire when making an investment in the real estate market. Take a look around, make some calls and talk to some of the people around Kansas City before you decide.